On the 21st of December The Korean School in Bulgaria celebrated its 20th anniversary with a remarkable and emotional concert. The guests of honor at the event were H.E. Jeong Jinkyu, Ambassador of the Republic of Korea to Bulgaria, and Mrs. Kim Mieun, consul of the Republic of Korea. On the Bulgarian side the event was attended by Prof. Svetla Karteva, Head of the Department of Korean Studies at Sofia University and Director of the “Sejong” Institute, and Mrs. Snejana Todorova, wife of the late prof. Alexander Fedotov. 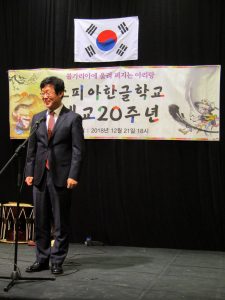 The anniversary celebration was opened with an official part during which speeches were presented by H.E. Jeong Jinkyu, the senior teacher – associate prof. Kim So-young and the school headmaster Mr. Kim A Еl. H.E. Jeong Jinkyu expressed his gratitude towards the teachers for their hard work, towards the students for their efforts, as well as their parents for the support they provide. Afterwards the distinguished students of the Korean School received awards, as well as the teaching staff, while a special award was presented to associate prof. Kim So-young. Furthermore, Mrs. Todorova received a special plaquette in honor of prof. Fedotov and his enormous contribution for the development of the Korean Studies in Bulgaria.

The event continued with a concert part devoted to “Arirang”. This is a traditional Korean folk song, considered to be the unofficial national anthem of Korea. It was created more than 600 years ago and is now a part of UNESCO Lists of Intangible Cultural Heritage. This is the song that Koreans carry in their hearts all around the world and perhaps has a similar significance as the song “Oblache le byalo” for Bulgarians. (You can listen to one of the many variations of “Arirang” here.)

During this part a lot of traditional Korean music instruments, authentic dances and beautiful national costumes were presented on the stage as well as students’ award winning texts. The teachers gave a breathtaking Korean traditional drums performance and the tireless rhythm took the audience hundreds of miles away and deep into the Korean traditions. 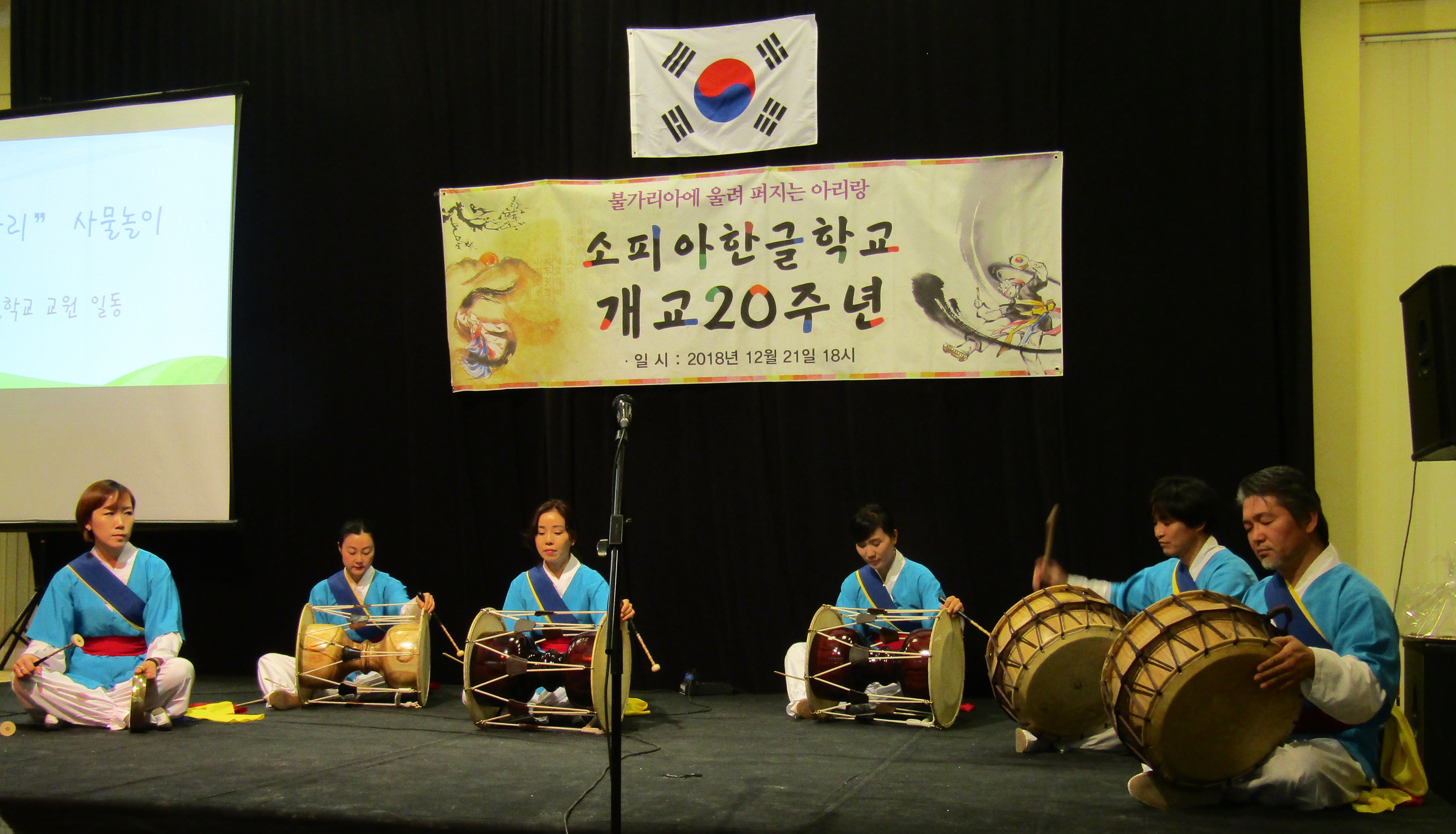 The students also demonstrated their skills in various traditional drums and the youngest ones performed a traditional dance with sogo drums. 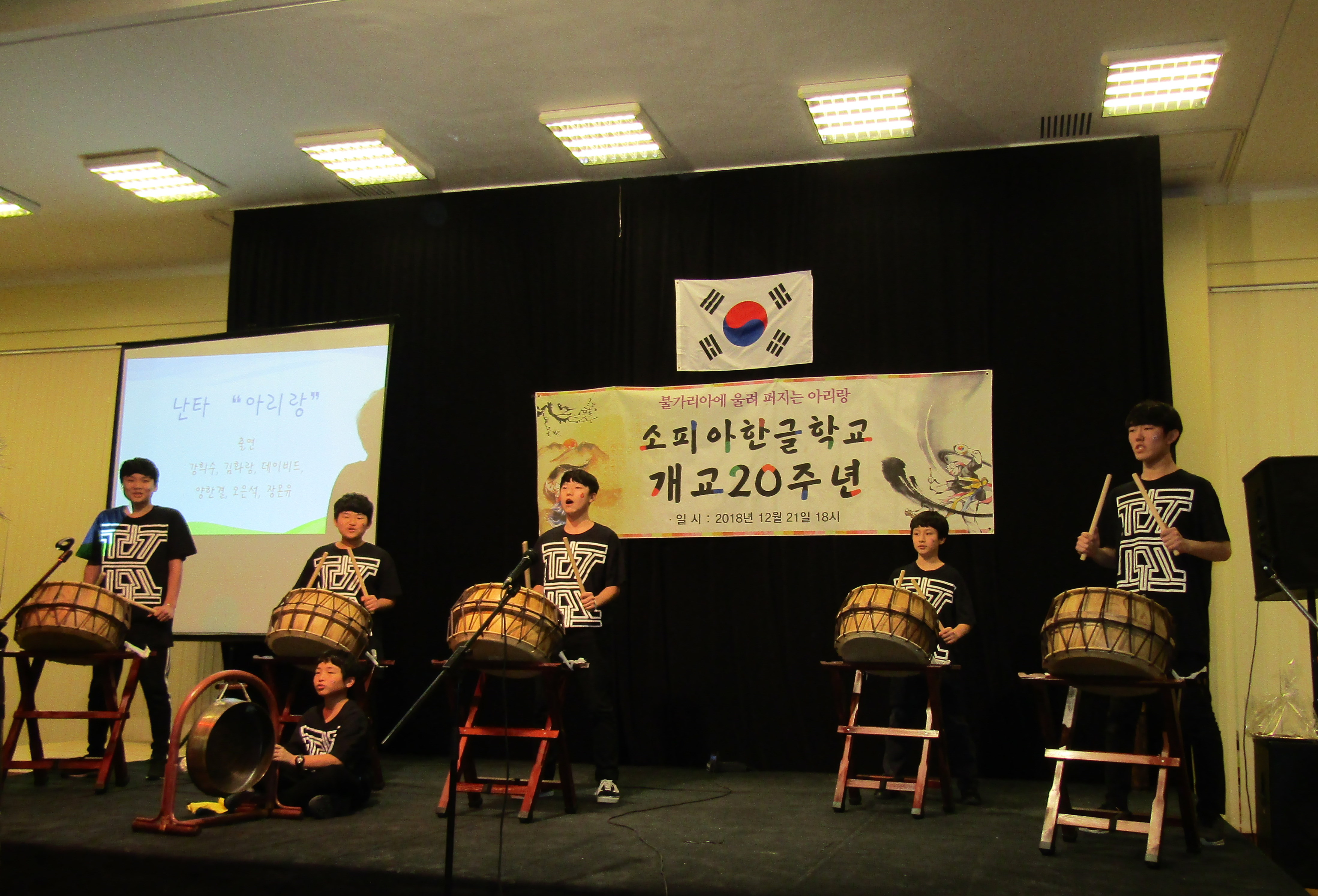 After this the students performed a comedy version of the story of Ondal the Fool, who manages to marry Princess Pyeonggang, daughter of King Pyeongwon of Goguryeo, and become a legendary general but only after overcoming a series of humorous difficulties such as learning how to speak properly for the Court and acquiring skills in the martial arts. Eventually Ondal succeeds in coping with all obstacles and the end of the play presented his wedding with Princess Pyeonggang. During it they were dressed with the picturesque ceremonial clothes of the Court and this ceremony turned into a true celebration on the stage. 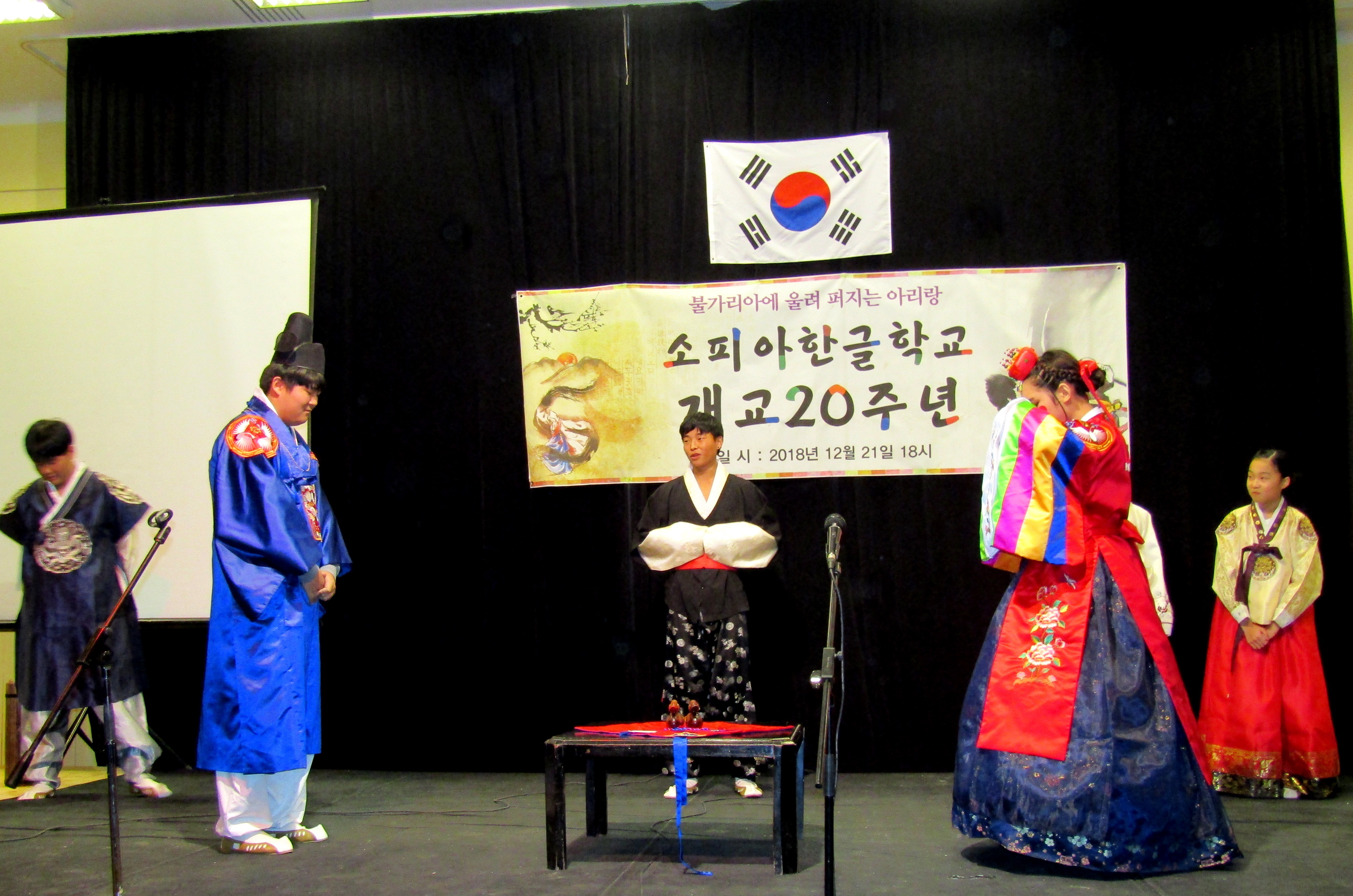 Finally, the concert was closed with a choir performance of the “Arirang” song by all the teachers and students of The Korean School in Bulgaria. We wish them plenty of new occasions for such beautiful celebrations! 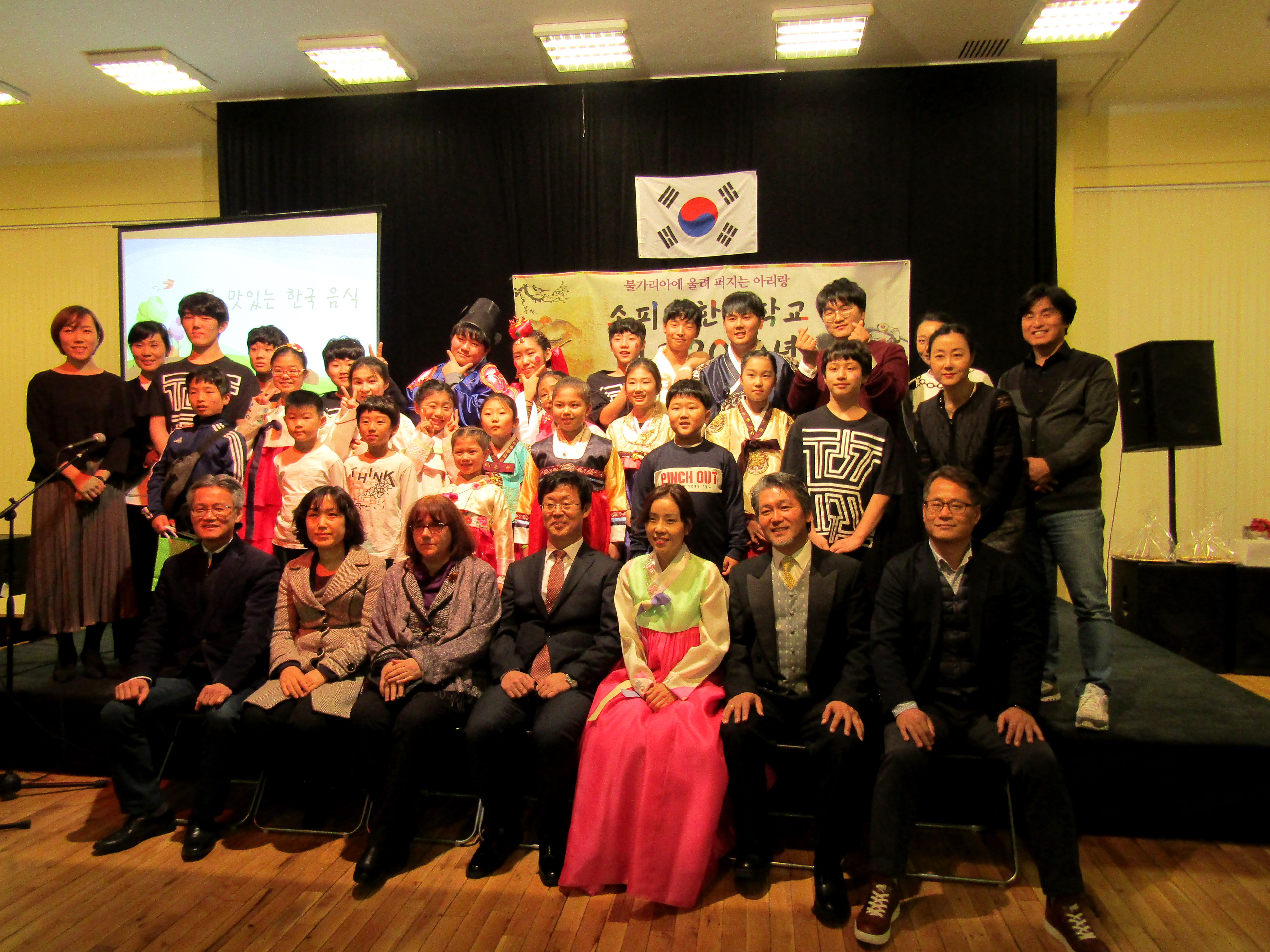