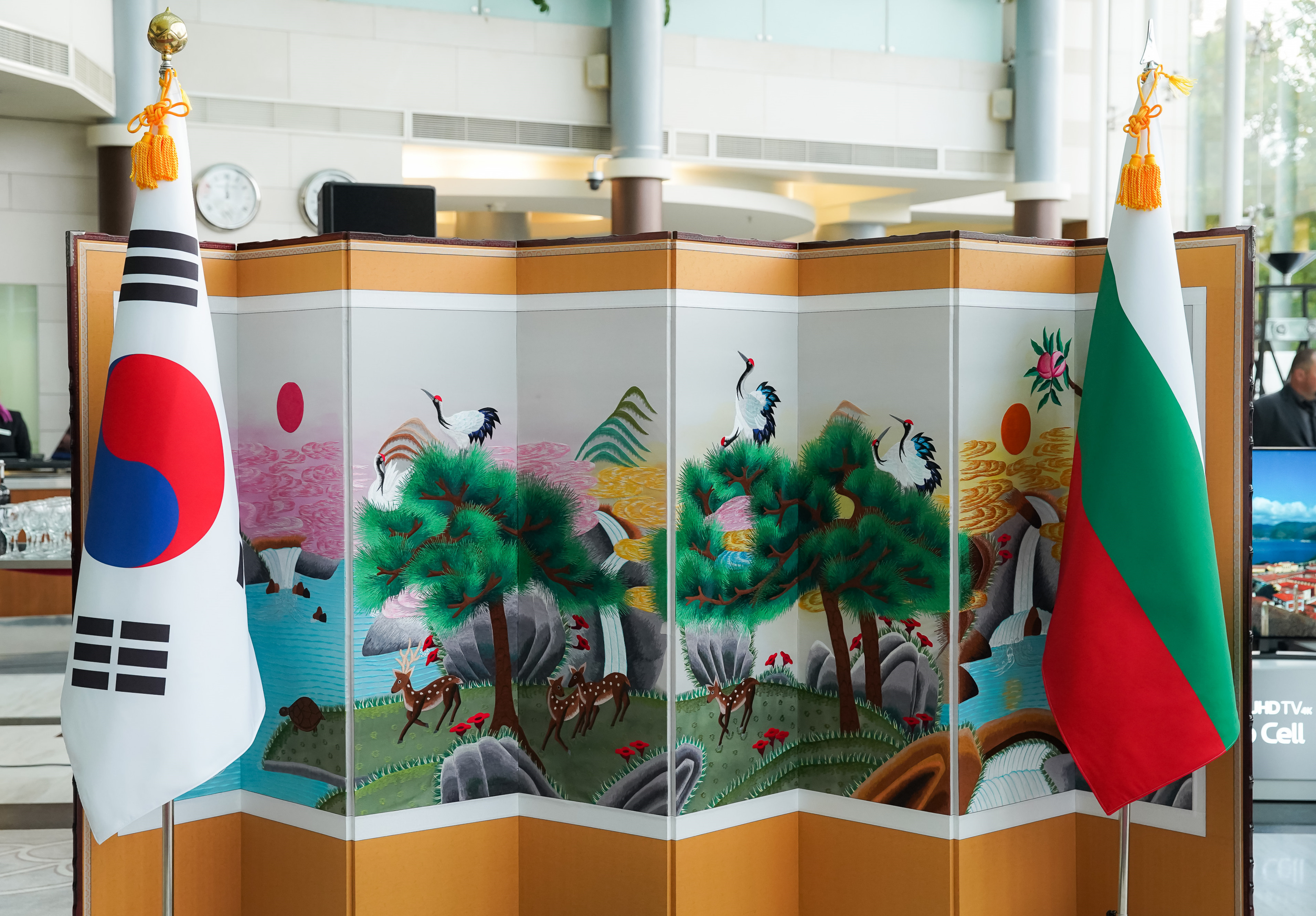 The 4352nd anniversary of the Foundation of the Korean nation was marked on the 3rd of October not only in Korea, but in Bulgaria as well, during a celebratory reception in Hilton Hotel, Sofia. H.E. Jeong Jinkyu, the Ambassador of the Republic of Korea in Bulgaria, hosted the reception commemorating this important event of the Korean history. The National Holiday of Korea was honored by the presence of ambassadors, diplomats, members of the Bulgarian Parliament, Korean citizens residing in Bulgaria, and Bulgarian guests, all united by their support for Korea.

According to the founding myth, on the 3rd of October 2457 BCE the doors of heaven spread open, allowing Hwanung – the son of the Lord of heaven – to descend to the human world and fulfill his wish to live among mankind. Almost a century afterward, in 2333 BCE, his son Dangun became the founder of Gojoson – the first Korean kingdom. This occasion had been celebrated as a harvest festival marking the birth of the Korean people for a long period of time, until it was established as an official national holiday in 1909.

Originating from this distant mythical past, the chronicles of the ancient nation span over thousands of years, filled with moments of hardships and glory, as it follows its path to becoming one of the most developed countries in the world today, as H.E. Jeong Jinkyu pointed out in his welcoming speech. Korea has endured wars, poverty and disasters only to rise again as a phoenix and reach economic prosperity, political stability, and cultural thriving which is currently taking the world by storm. Not long ago, during the 1960s, the Republic of Korea was considered to be one of the poorest countries in the world. Yet now it is the 13th largest economy on a global scale. Moreover, the Republic of Korea is an official member of the “30 – 50” club – a group of countries which have a population over 50 million and gross national income per capita more than 30 000 USD.

In his speech, H.E. Jeong Jinkyu also emphasized on the fact that the Republic of Bulgaria and the Republic of Korea are on the eve of the 30th anniversary since the establishment of the international relations between the two countries, which took part in 1990. During this almost three decades long journey, the two nations have built strong and stable relationship which is able to serve as a basis for a growing economical and industrial partnership. This possibility was recently discussed between the two countries during the official visit to Korea of the Prime Minister of Bulgaria, Boyko Borissov, accompanied by H.E. Jeong Jinkyu. In the course of his visit, Borissov has attended a summit with the President of the Republic of Korea, Moon Jae-in, during which important matters have been discussed, such as creating broader business opportunities and enlarging the scale for investments and cooperation in the sphere of trade and industry, as well as in education and culture.