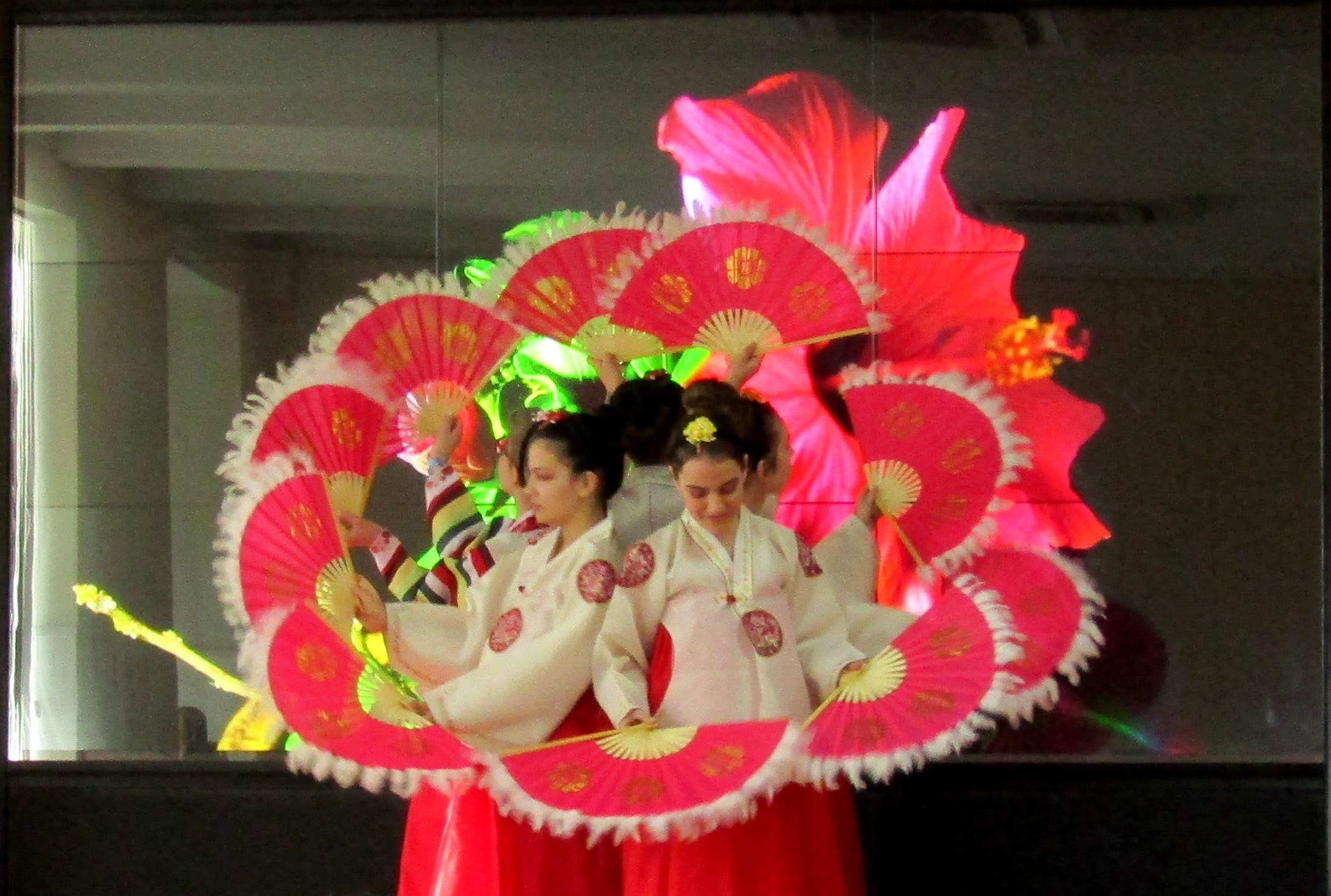 A true celebration of Korean culture was orginised by the students of  “William Gladstone” Secondary School with the cooperation of the Embassy of the Republic of Korea in Bulgaria. Students of all ages, studying the Korean language, took part in the rich program through which they introduced both old traditions and customs and new contemporary tendencies in the culture of the Land of the Morning Calm. The guest of honor at the event was Mrs. Kim, consul of the Republic of Korea.

The Korean festival contained a stage part and multiple thematic spaces. On the stage the young admirers of Korean culture performed songs, dances, poems, and a short play. The audience had the opportunity to enjoy a beautiful traditional fan dance as well as modern K-pop dances.

Two students, who have fulfilled the dream to visit South Korea, shared about their experience.A short fashion show was held introducing the Korean national costume hanbok, as well as extravagant fashion trends, popular now in the country. At the end, the students showed their skills at K-pop dancing. The hall turned out to be too small for all the guests, interested in Korean culture.

The thematic spaces, on the other hand, offered a wide range of intriguing activities. In the room “History and Culture of Korea” the visitors could learn about important events of the Korean history. The rooms for Korean coffee and Korean food tempted with plenty of delicious meals, prepared by the students themselves. The visitors could also try on traditional Korean costume hanbok and take pictures with an instant camera for free, while in the room “K-beauty” they were able to have a professional Korean make-up, done by the students. The skillful ones among the guests had the opportunity to practice calligraphy and the craft of hand-making jewelries at the room “Arts”. There was also an opportunity to take part in popular Korean board games. Of course, the festival could not go without rooms devoted to K-dramas and K-pop, where fans could watch selected parts of favourite Korean dramas or have some karaoke fun.

The 30th IYF: A Cultural Tour in Seoul