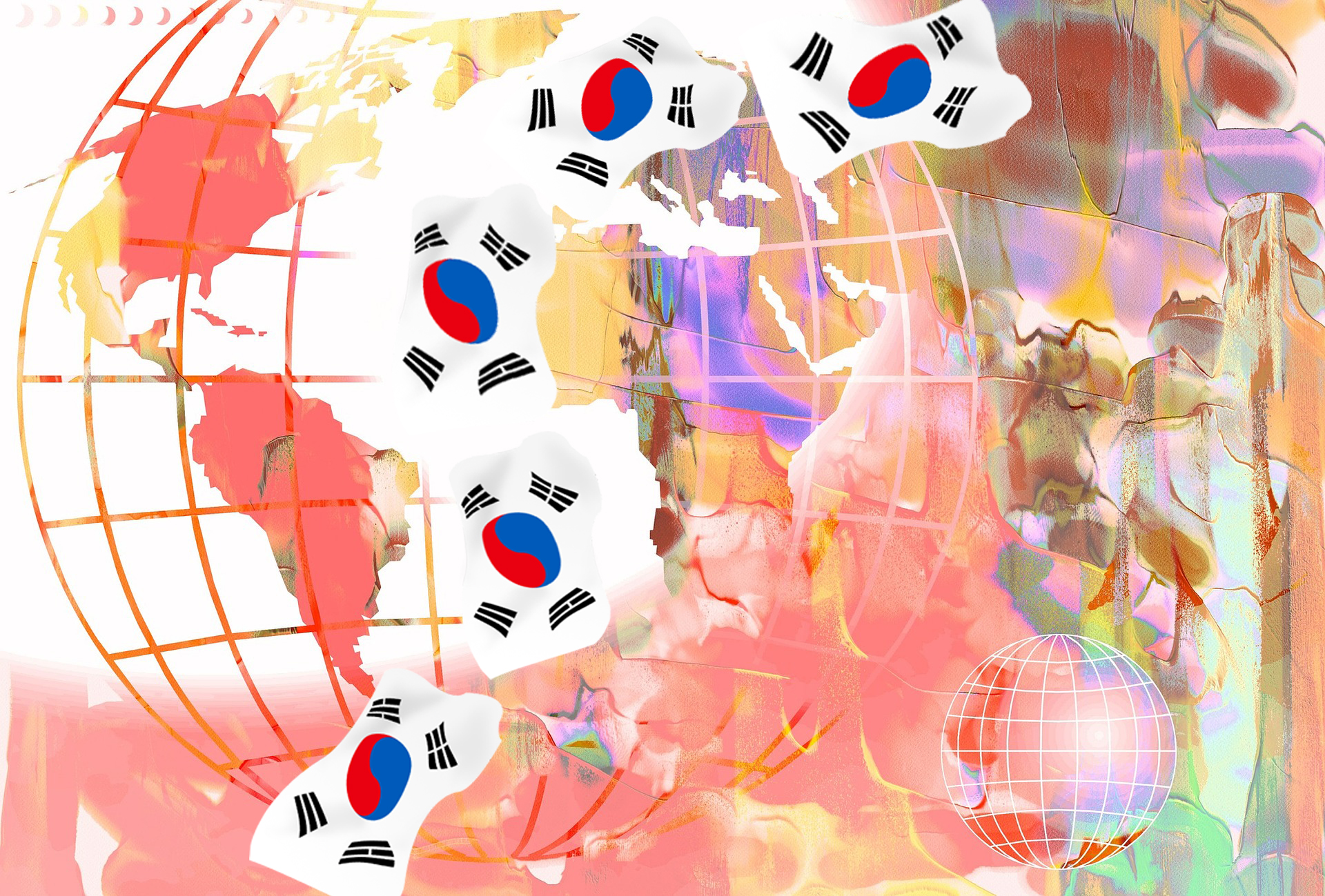 The magic of the East spread upon the park “Borisova Garden” in Sofia last Saturday (15 June), and its enchanting ingredients included colours, traditions, dances and music from 16 Asian countries. Let’s follow the traces of Korea in this marvelous cultural mixture through a few selected photographs. 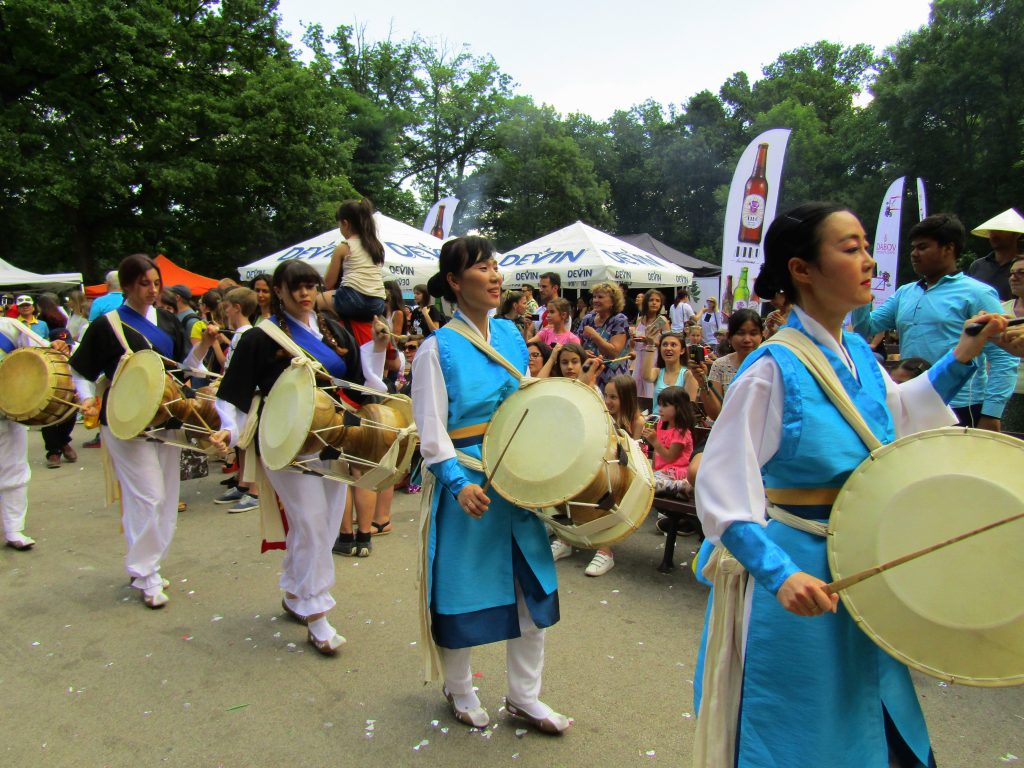 The participation of Korea on stage was opened by the performance of the ensemble “Samulnori Soyoung”. 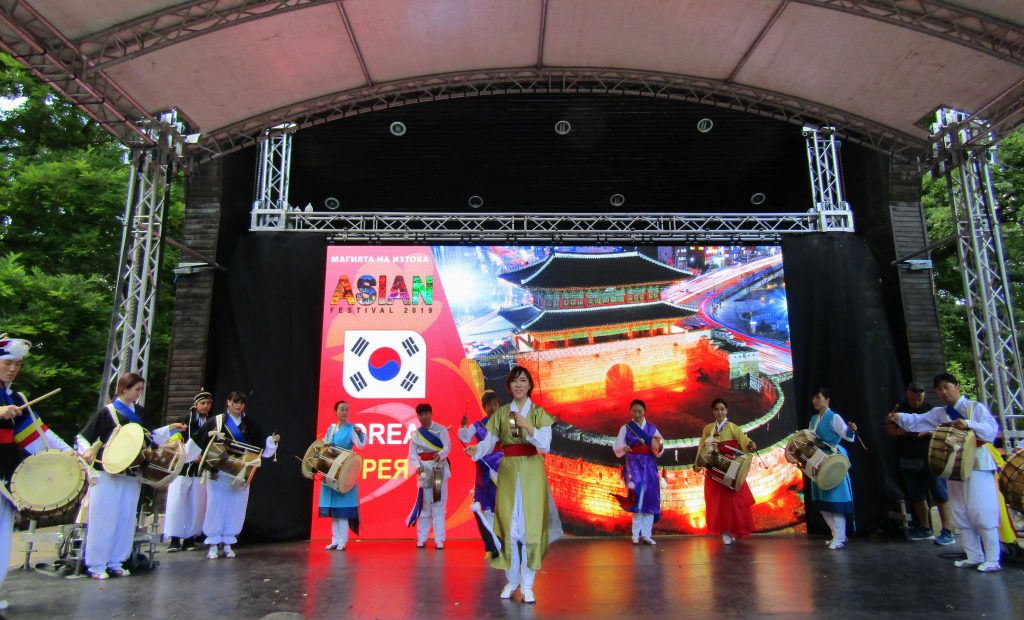 This is the only Korean traditional drums ensemble on the Balkans. 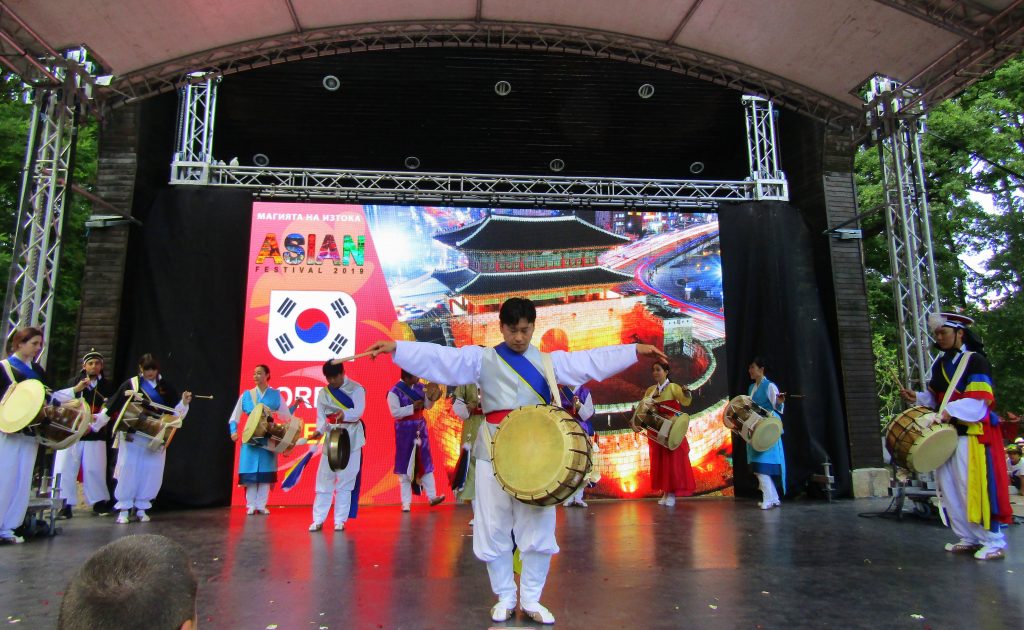 Recently it celebrated its 3rd birthday through a festive concert in the Youth Theater in Sofia.

The forces of nature stormed the stage: rain, thunders and wind – the sounds of heaven and earth, which the Korean percussion instruments represent. 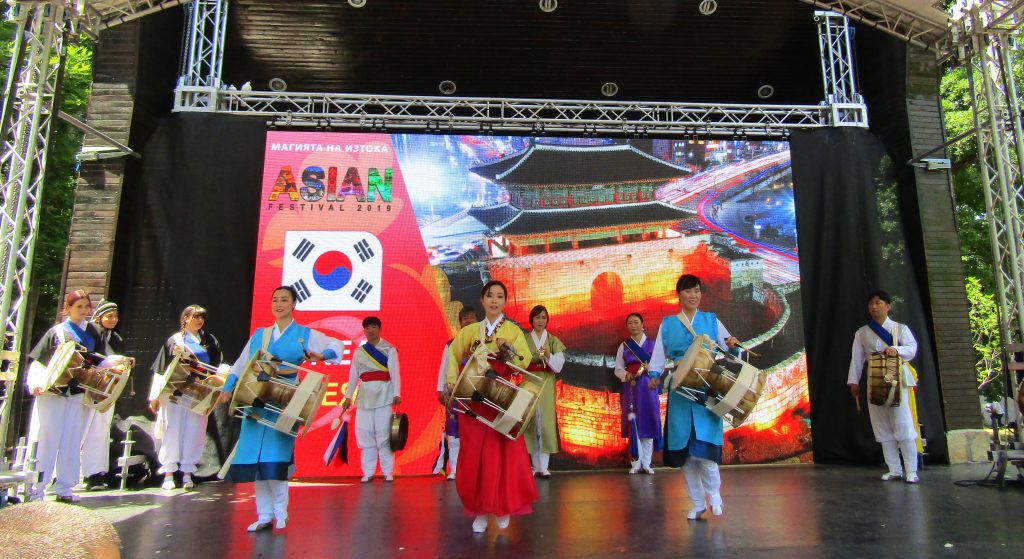 The fest offered all the enthusiasts to immerse into a true historical drama by dressing up in the Korean national clothes – hanbok. 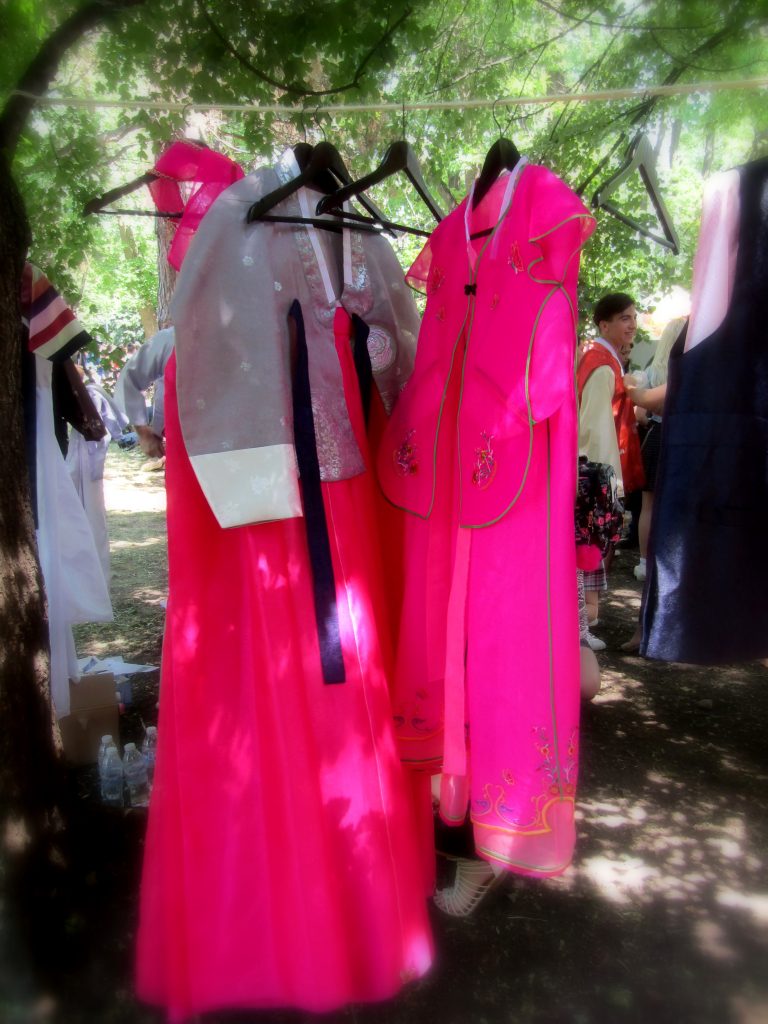 Two beautiful hanboks lurked in the shadows, whispering court secrets to each other. 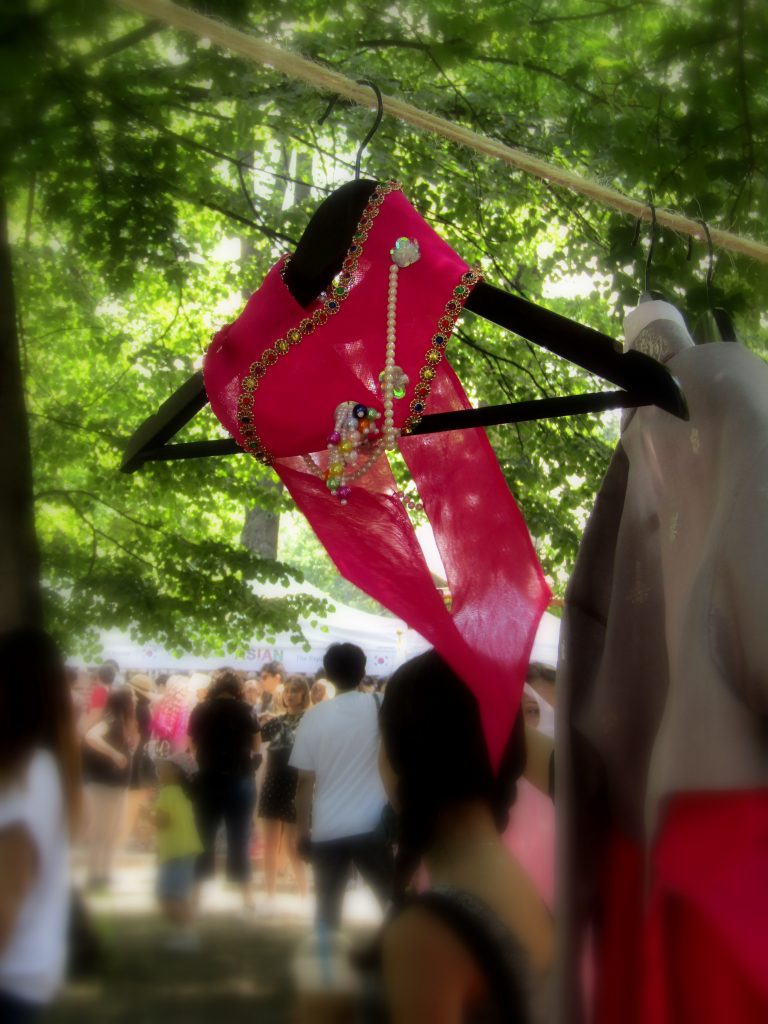 And there was the one eavesdropping… 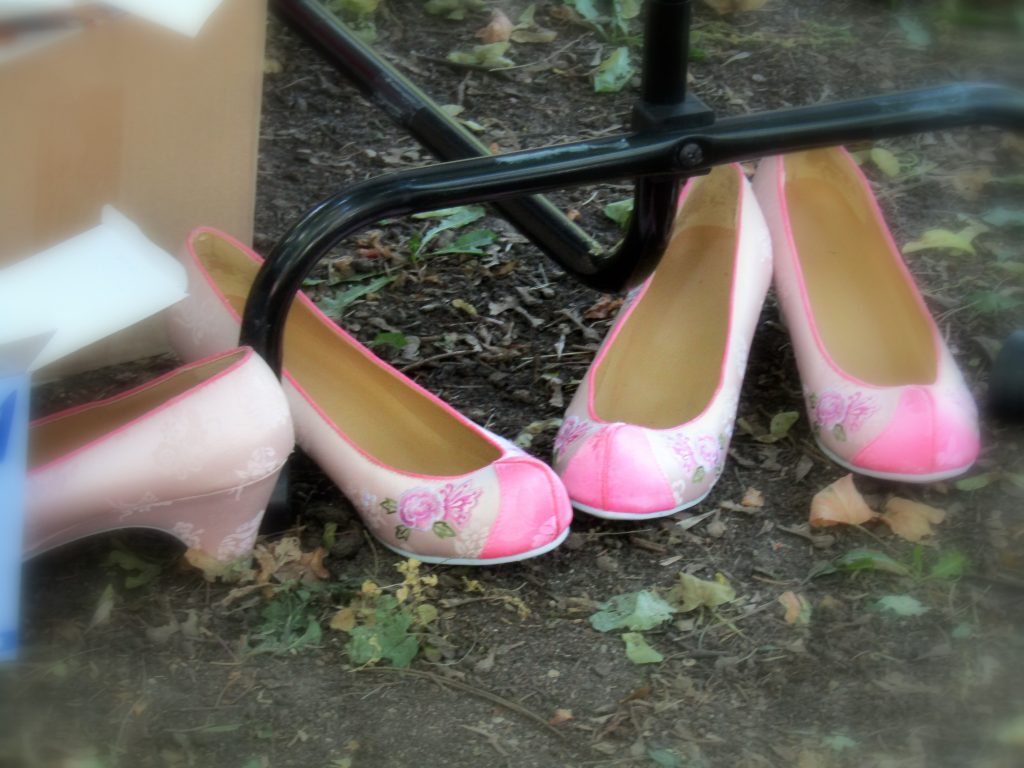 While two pieces of traditional Korean shoes were expecting to lead the imagination, step by step backwards and into the past.

Everyone who recognised their favorite songs in the air and followed the music, found themselves in the green zone, where a k-pop dancing workshop was taking place. 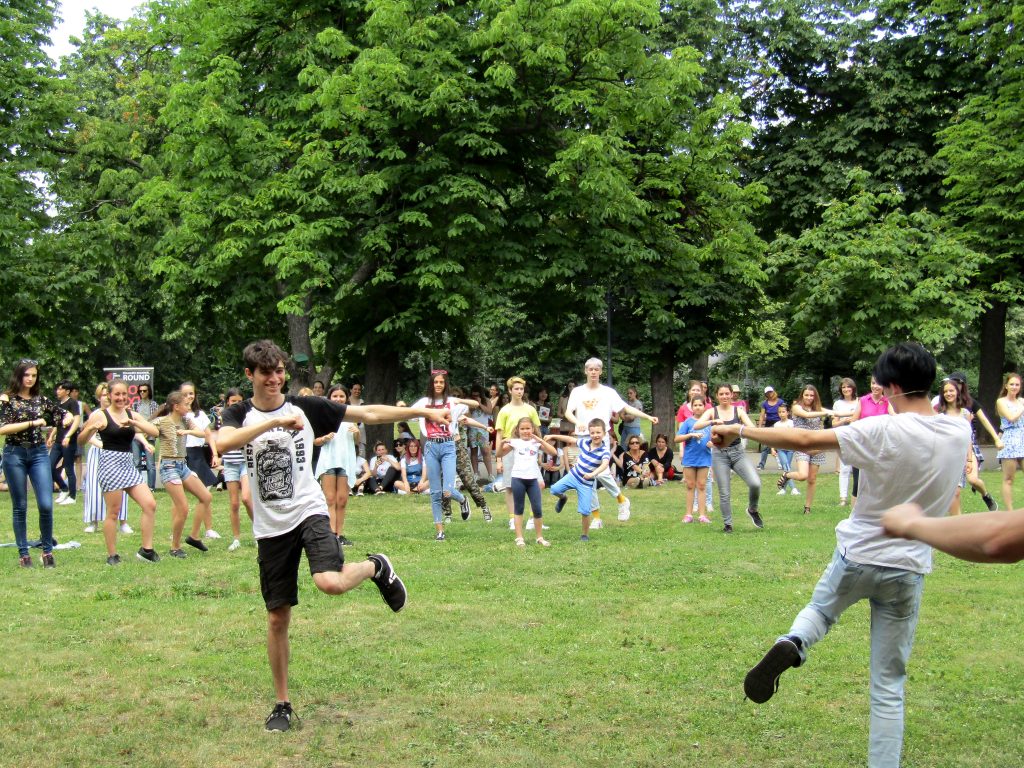 People from all ages took part in it. 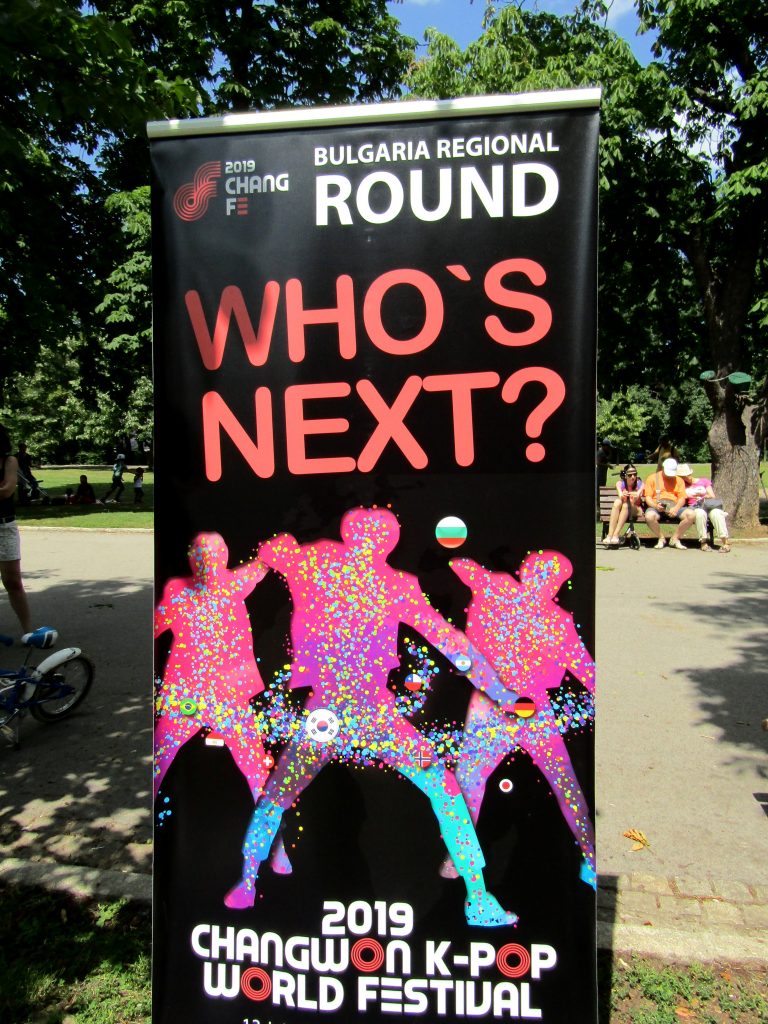 A quick reminder – only few days remain untill the Final round for Bulgaria of the World k-pop festival!

In the meantime a demonstration of the traditional Korean martial art – taekwondo – took the stage.

The philosophy of this art consists of the basic principles of courtesy, integrity, perseverance, self-control and indomitable spirit. 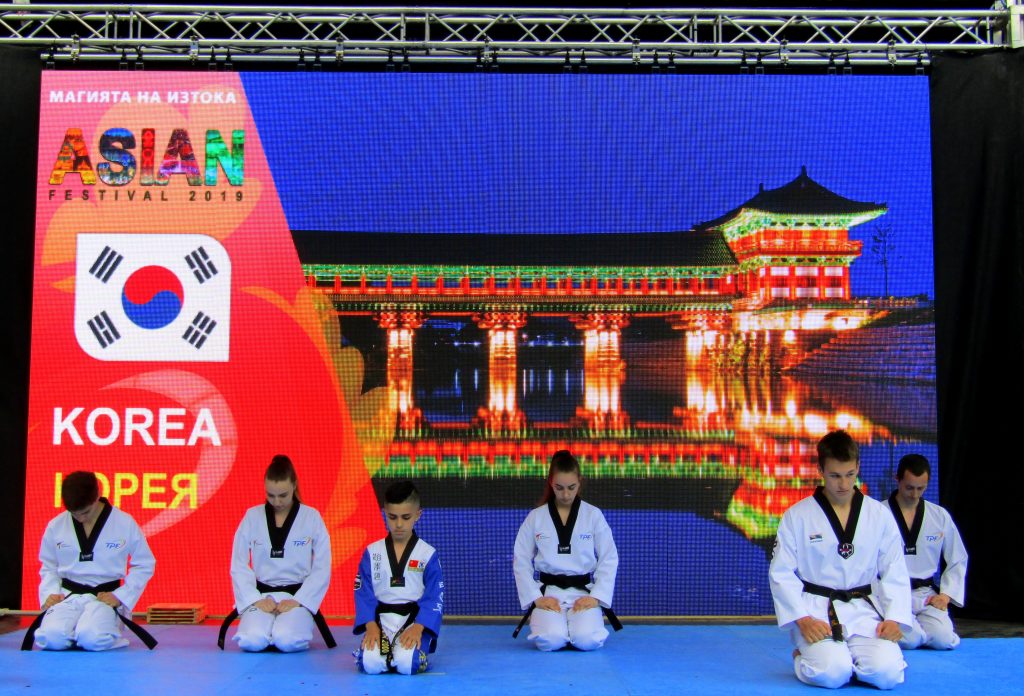 Delicious treats were prepared for the hungry ones at the Republic of Korea’ s tent.

And at the end of the day the k-pop conquered the stage. 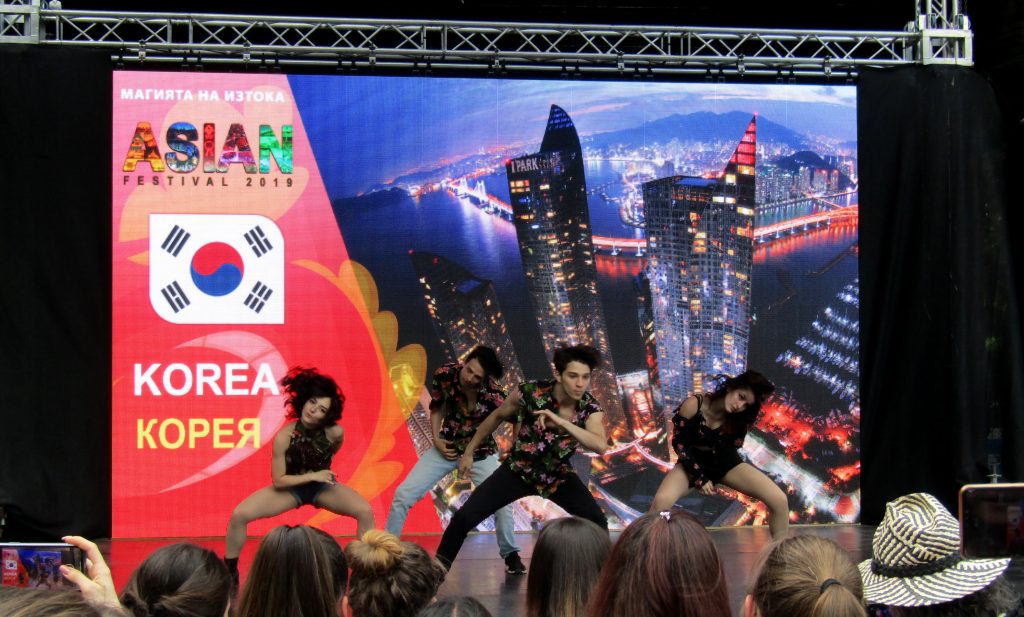 Fans from all ages filled the place in front of the “Summer stage”. 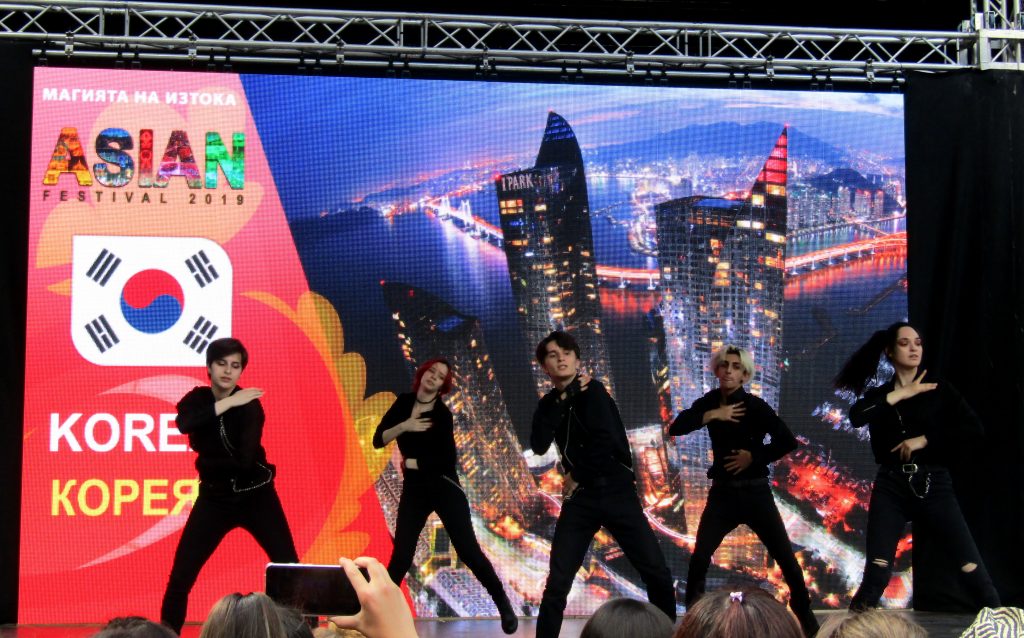 Probably the most touching sights of all were the little ones, just 4 or 5 years old, who jumped on the benches trying persistently to take a glance at their favourite  “oppas and onnis”. 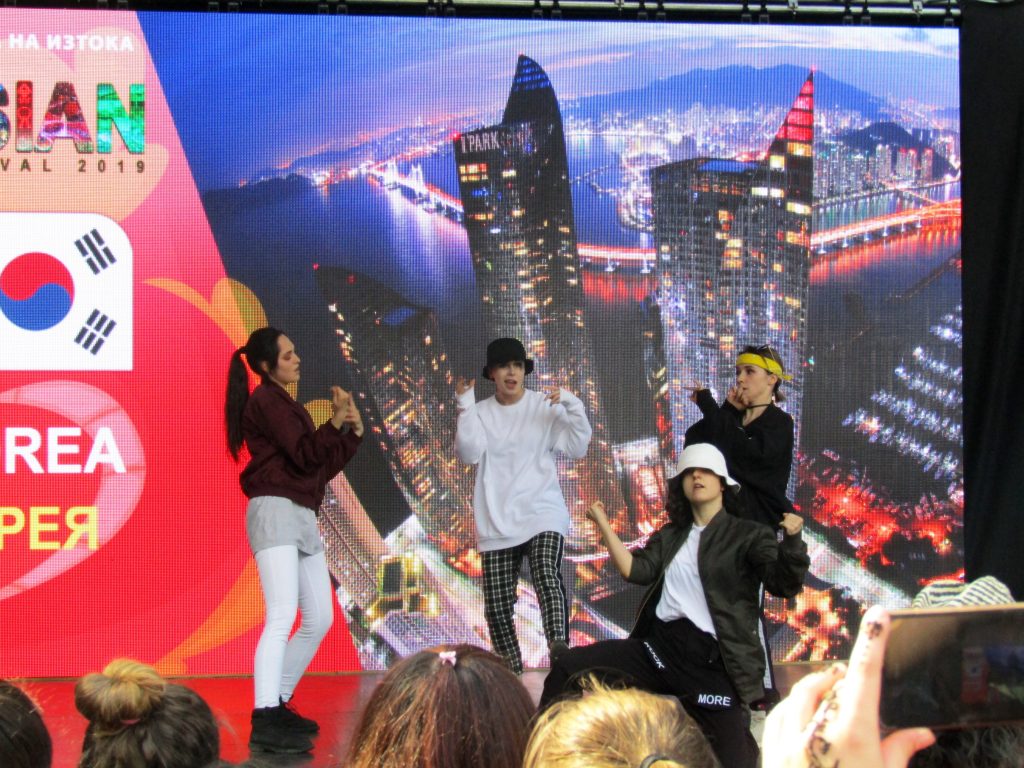 And the best news of this magical day is that the amount of 13 350 BGN was raised through the charity tombola, which was donated to the Foundation “For Our Children”. 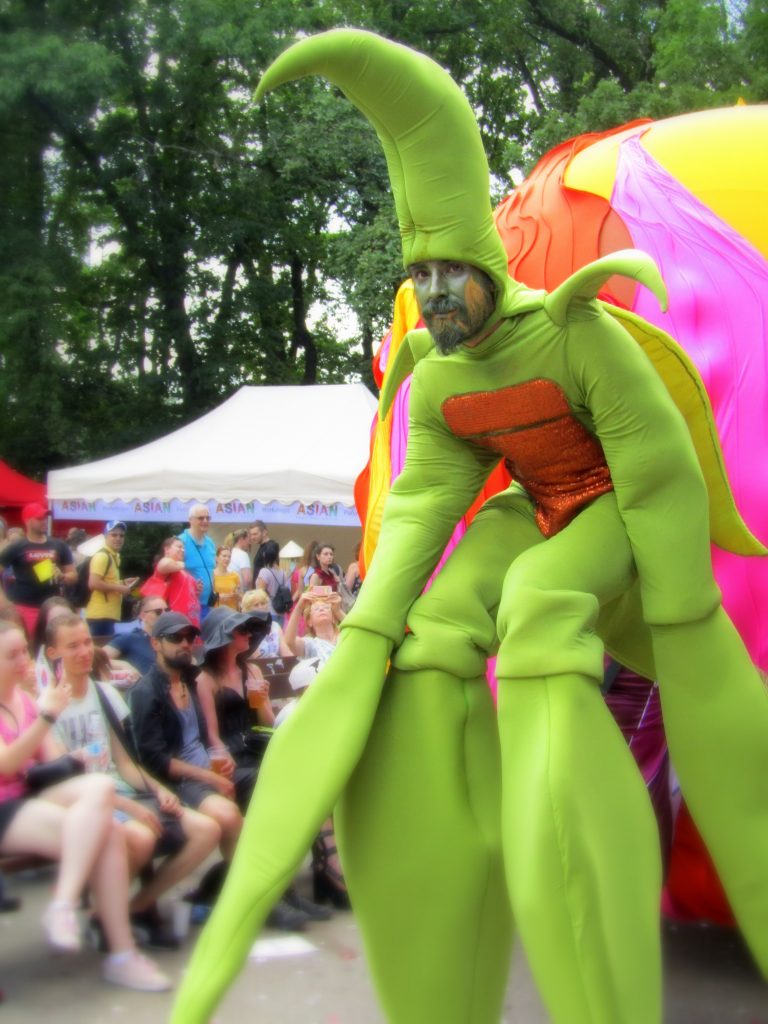