Perhaps there is no other as universal and profound form of expression as music. It is a powerful language which overcomes geographical and political borders, breaks through language barriers and finds its way towards every open heart. This was reaffirmed once more at the festive concert of traditional Korean drums, held by the ensemble “Samulnori Soyoung” at the Youth Theatre “Nikolay Binev”, Sofia, on the occasion of the ensemble’s third anniversary. From the performance of a Korean folk song with classical instruments through the beats of the traditional Korean drums and up to the latest K-pop hits – the hearts of the audience pulsated in the rhythm of Korea.

The concert program was opened with an emotional chamber music performance of the original song “Destiny”, composed on the model of Korean folk songs, after which the event is named. It was performed under the accompaniment of a fagot, a guitar and a digital piano.

After this the irresistible rhythms of the ensemble “Samulnori Soyoung” conquered the stage. This is the only ensemble on the Balkans performing samulnori – a type of Korean traditional music, and its musicians are mostly teachers of the Korean language and culture. Four percussion instruments are used in the genre of samulnori – two made of metal, which symbolize the sound of heaven, and two made of skin, which represent the sounds of the earth. It is also believed that each of the instruments is connected to a different element of nature: the janggu (an hourglass-shaped drum) reminds of the rain; kkwaenggwari (a small gong) – of a thunder, jing (a larger gong) represents the sounds of the wind, and buk (a barrel drum) – the sounds of the clouds.

The musical pieces, performed on the stage, are representative of the Korean folk music, which emerged from the atmosphere of togetherness, dominating the traditional society – togetherness in labor and in celebrations. And despite the fact that they were created thousands of kilometers away from Bulgaria, in a different cultural background, they sounded familiar, evocative and uniting, while their euphoric energy filled up the hall. A part of the repertoire of “Samulnori Soyoung” are such complicated folk songs, which require a decade of practice to be learned, however the ensemble has mastered them in only three years.

Part in the concert also took the Korean Language School’s children choir, as well as the dance team “Toxic” which won a place at the finals of the World K-pop Festival in the Republic of Korea in 2018. The ensemble was also joined by students of the Sofia University “St. Kliment Ohridski” and  the “Sejong” Institute.

The most spectacular part of the evening, apart from the colorful traditional clothes, turned out to be the dance with a special hat with a long strip on top, which combined hip-hop and break dance moves. 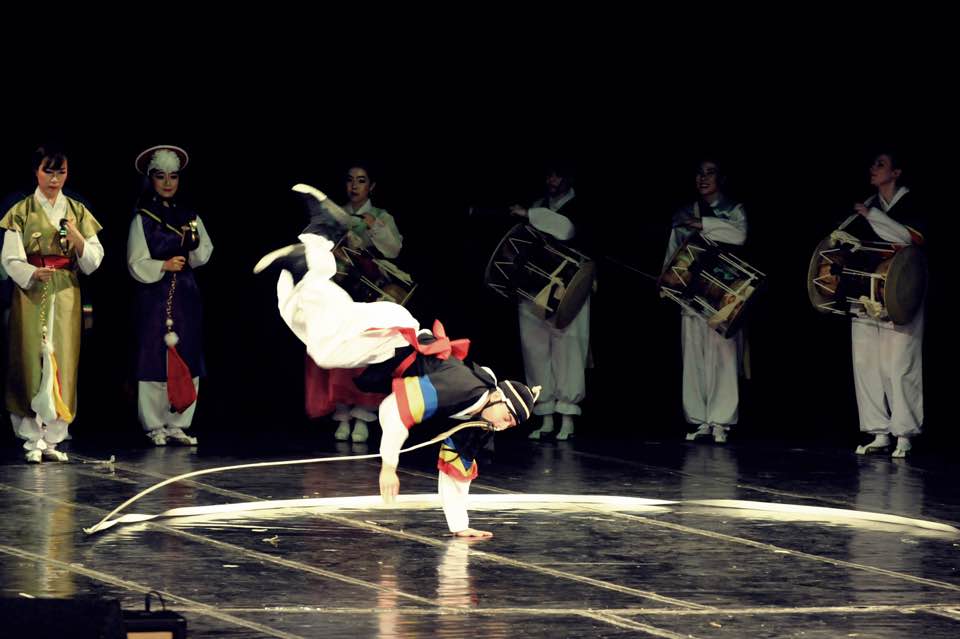 The concert was attended by the guests of honor H.E. Jeong Jinkyu, Ambassador of the Republic of Korea to Bulgaria, and Prof. Svetla Karteva, Head of the Department of Korean Studies at Sofia University and Director of the “Sejong” Institute, Sofia. As a lot of cultural events in the recent months, this one was also dedicated to the memory of the great scientist Prof. Alexander Fedotov.