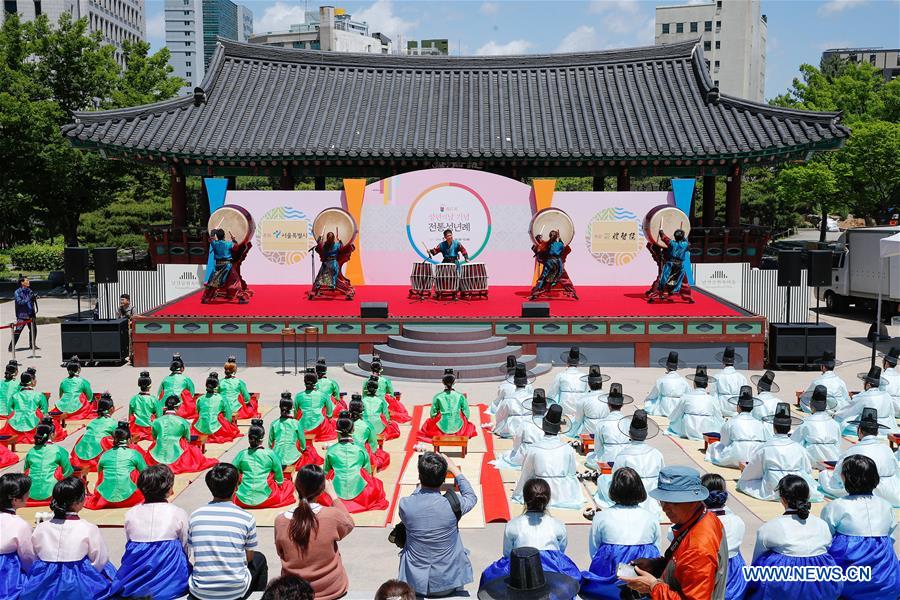 Heading towards its end, May brings one more significant reason for celebration in the Republic of Korea. After a whole bunch of holidays on various occasions, beginning with the national Children’s Day (find out more about it in the previous article!), there comes the official time to grow up – The Coming of Age Day. The Koreans celebrate the passage from the careless kingdom of fun and games to the world of responsibilities and rules through a special ceremony and a gaze into the future through the eyes of tradition. And despite the fact that, for better or for worse, the complete growing up never happens for some (of us), neither on the day of coming of age, nor on the day of retirement; there still comes a time when the young adult should embrace their social role and responsibilities.

The transition to the next stage of life is an important event in the cultures around the world, marked by the so called rites of passage. They signify the change in the social status through a range of various ceremonial actions, some of which we often come across in myths and fairy tales. In Korea the crossing of the threshold of adulthood was marked through a special ceremony, which was rooted in the Confucian tradition and put emphasis on the realization of one’s duty and responsibilities to society. The earliest record of this custom leads back to the 10th century and the royal court of the Goryeo dynasty, where during a festive ceremony the crown prince received a piece of clothes, worn by the adult members of society, and thus was recognized as one of them.

Perhaps the noble families soon adopted this model and turned it into a meaningful part of their heirs’ life, spreading it all around the country. Thus the young boys and girls, aged from 15 to 20, took part in a complex ritual, signifying that they are ready to enter adulthood and to build their own families. During the ceremony they payed respect to the elders, as well as to the family ancestors, through the typical low bow, and received the markers of maturity: new adult clothes and the right to style their hair in a special way.

In the course of the ceremony the young man had his hair coiffed into a topknot, called Sang Tu (상투), and put on a Gat (갓) – a cylindrical hat woven from horsehair and bamboo. The young women, on the other hand, gained the right to put up their hair in the traditional bun, called Jjok (쪽), and decorate it with a Binyeo (비녀) – an ornamental hairpin.

However, coming of age did not mean only never ending obligations and restrictions. It came along with a brand new assistant in dealing with life’s hardships – the alcohol. During the ceremony the youngsters received their first sip of it and the right to turn back to its benefits again and again in the future.

Until the middle of the 20th century such ceremonies could be seen around the country; however soon after they gradually began to fade away. From the 70’s onward various measures have been taken in order to preserve this tradition. Every year the third Monday of May is dedicated to the coming of age with standardized ceremonies taking place at schools and universities. What is more, the Ministry of Culture, Sport and Tourism holds an annual public ceremony in Seoul, in which Koreans turning 19 (and up to 2013 – 20 years old) participate, as well as foreign guests of the city.

Yet the real celebration nowadays happens among friends. On this day they usually exchange gifts with a bouquet of 20 flowers being the most preferred one – corresponding until recently to the age of officially reaching maturity. A perfume is also a common choice symbolizing the idea that a good fragrant is unforgettable, and in a similar way the person using it would become worthy of being remembered. And perhaps the greatest and most cherished gift of all is the first kiss that the lucky ones traditionally receive on this day from their love interests.

Presents which are Taboo in Korea