A present with or without occasion – who would decline it? Big or small, a gift may seem quiet, yet it speaks louder than it may seem. This is why a present should be selected with caution. Gifts have been exchanged since ancient history, every culture has developed prescriptions and taboos of its own, and the Korean culture is no exception. In the previous article we outlined the typical Korean gifts for a house-warming party and their symbolic meaning. Let’s take a look now at some of the definite taboos. They are mostly related to ancient beliefs and superstitions; however the presence of some of them in Korean cultural tour guides perhaps signifies that they should be taken into respect.

The Koreans never give each other sharp objects, such as knives or scissors, as a present. It is considered that they symbolize the cutting off of the relationship between the two people. This belief is common in the West, as well as the East.

A pair of shoes is not a better idea, especially between lovers. Because with new, comfortable shoes it is easier to run far away – this is of what the Koreans are actually afraid.  They believe that if you give shoes to your significant other, he/she will leave you. Despite that, every now and then the main or the second lead in a Korean drama presents the woman he loves with a pair of irresistible new shoes and this is when the troubles begin… 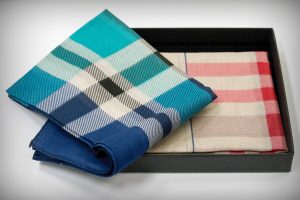 In a similar way a handkerchief is an undesirable present in Korea. It is believed that like the sharp objects, it marks the falling apart of the relationship and is intended to wipe up the tears after that.  Moreover, the handkerchief as a gift is generally associated with grief and loss.

Whichever present (apart from those above) is chosen, it is essential that the card accompanying it should never be written in red ink. As in most countries in East Asia, in the Republic of Korea the red colour is associated with rituals of paying tribute to the ancestors. Red is exactly the colour which was used to write the names of the deceased ones and also to prepare special guarding amulets in the old shamanistic practices. However red is mostly related to blood and it is believed to attract evil spirits if used for the names of the living.

Lastly, whatever is the gift, it should never be in a set of four – the most unlucky number in Korea. It sounds so truly terrifying that usually in public buildings it is omitted from the numbering of floors and rooms or the fourth floor is labeled “F” (Four) instead of “4” in the elevators. Actually, the number four owes its notoriety to its origin of the Chinese character, which is pronounced in a similar way to the word for “death”.  And since the Chinese numbers are one of the counting systems used in the Korean language, the number four is kind of a taboo, and the fear of it has a name of its own – tetraphobia.

Nowadays, believing in these taboos is probably becoming less and less common, yet considering them is a matter of good manners.

Wishing you lots of trips to the Republic of Korea and happy occasions for gifts (which should not be sharp, signed in red or in a set of four)!

Jindo Island – the Cradle of the Korean Folk Art