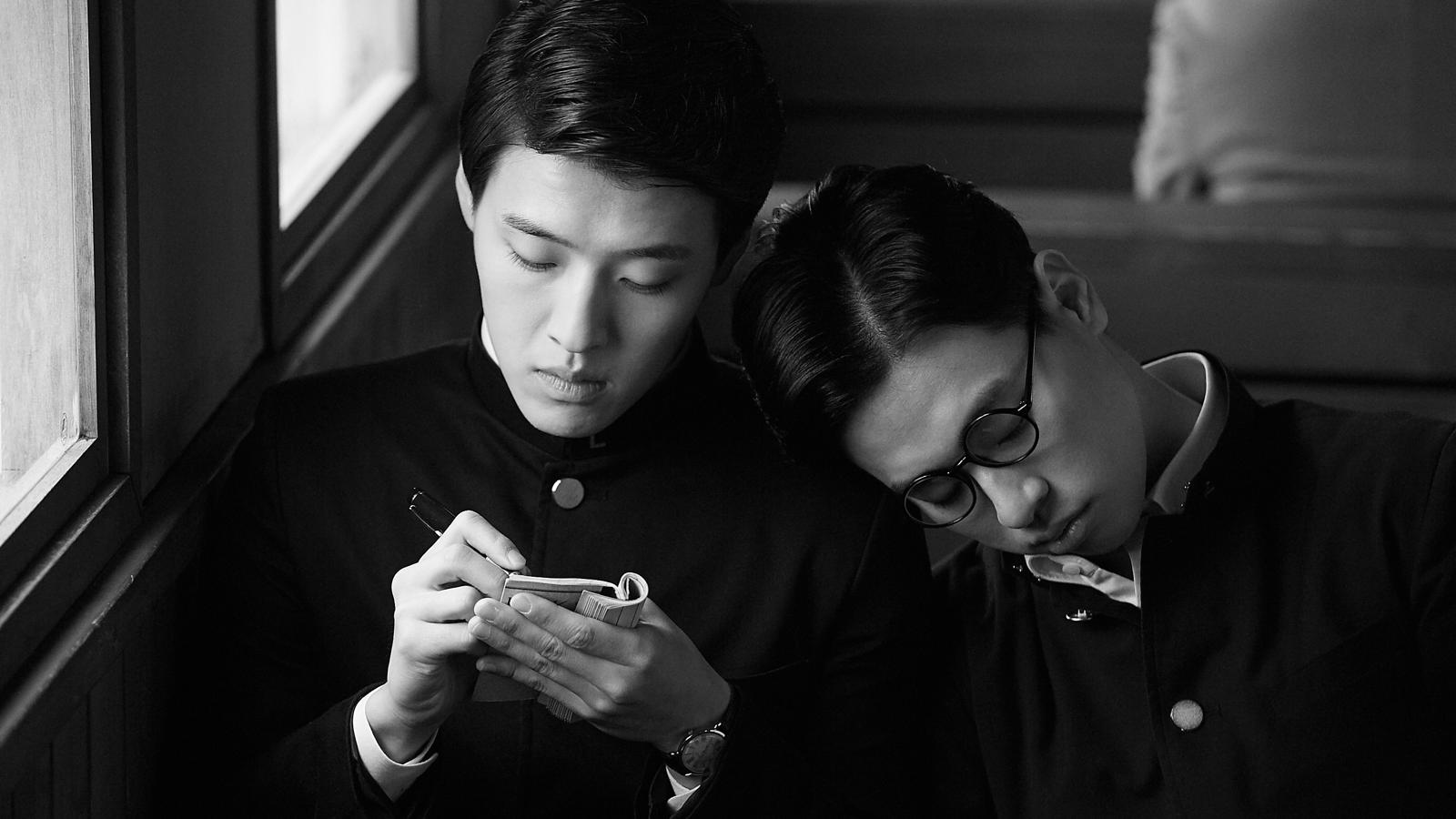 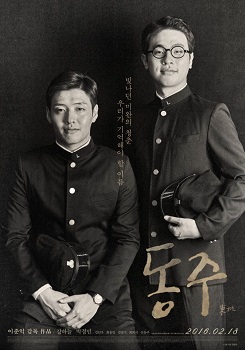 Dongju: The Portrait of a Poet

The Portrait of a Poet raises the curtain on one of the darkest periods in Korean history – that of the Japanese colonial rule, a period which lasted from 1910 to 1945 and was marked by the political rule of Japan over the Korean Peninsula. Recreating its dark and painful atmosphere, the film uses only black and white, yet it unfolds a rich palette of emotions and youthful aspiration before the viewer’s eyes. The three intertwisted strands of the movie spin the thread of life of the young poet Yun Dong-ju (played by Kang Han-nul), marked by a series of crucial choices and difficult circumstances.

The first strand traces the last years of World War II, which the poet faces in prison, under the accusations of revolutionary activity, and recreates the vicious circle of an endless interrogation without any hope for escape. The second one takes us back to his youth, filled with an irrepressible thirst for books, poetry and proving oneself, as well as perhaps the most eternal and inherent desire for this age – the desire to change the world. While the third one cuts through the previous two in brief moments of detachment from the unbearable reality, when everything calms down to listen to the poetry, captured by Yun Dong-ju’s pen in the sky, the wind and the stars… It is them that the poet chooses as the title of his collection of poems.

But is there a place for poetry in a world of hopelessness, trapped in daily battles for personal and national dignity? And isn’t the escapism in the world of poems merely an avoidance of the responsibility to reality? These questions torment the young poet throughout his short life. Torn by the old dilemma: art for art’s sake or art subordinated to other purposes, Yong Dong-ju still does not waver in the power of the words not simply to let a person escape from the hardships of the day, but to transform the whole world.

The film depicts the romanticism and sentimentality of this age and generation, without falling into sentimentality itself. Rich in historical facts, it allows us to peek into the history of the Far East only to discover the revolutionary pathos, willingness for self-sacrifice and irreconcilable spirit, deeply familiar to Bulgarians from our own national literature. It is said that what is inevitably lost in translation is poetry, still here is one of Yun Dong-ju’s most famous poems in the original, in the 1941 English translation made by K. Richards and S. Richards, and an attempt for a Bulgarian translation. 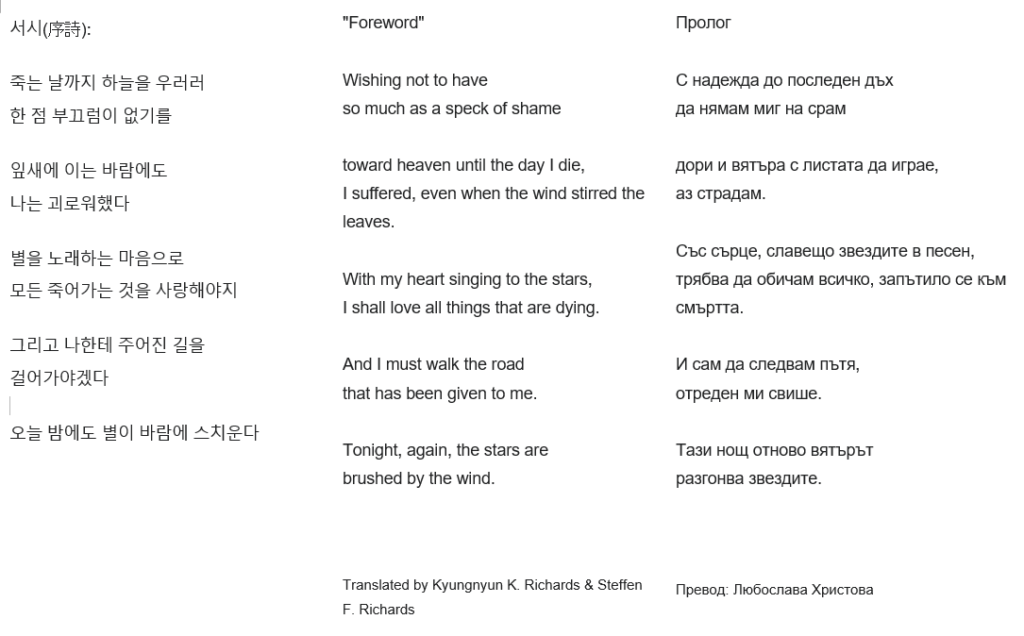 The light of the stars always illuminates the poetry of Yun Dong-ju. It is under the stars that the residents and guests of the city of Burgas can watch the film as part of the Evenings of Korean Cinema, organized by the Embassy of the Republic of Korea in Bulgaria.

Little Forest: The Most Difficult Quest